He sits back on his haunches, looking at the bills and coins in his hand. He looks from the bag to Clayton and back again, suddenly shaken and terribly shocked. –Barre Lyndon, The War of the Worlds, Scene 268.

The 1953 version of The War of the Worlds has a wonderful scene where a well-dressed man offers a bag of money to board a Pacific-Tech truck fleeing Los Angeles, only to be violently rebuffed by more rugged souls. And so he’s left, perplexed and dismayed, to await his doom wondering how money, the long-time source of his power over others, suddenly possesses no power at all.

Money offers a paradigmatic example of the confusion of differential or relational properties with intrinsic properties. Given the reliability of a system, information pertaining to the system need not be known to master the capacities belonging to some element within the system. An individual need not know anything about political economy to know, locally at least, what money can do. Given ignorance of the system, attributing special powers to the available element becomes the default, the only way to understand how the element, in this case money, does what it does. We literally fetishize money. The attribution of ‘special powers’ actually allows us to solve a wide variety of practical problems. How did your brother-in-law get that mansion? Well, he won a million dollars in the lottery. Since the enabling background is a ubiquitous feature of all such explanations, it need not figure in them—it ‘goes without saying.’ Given the system, money makes things happen. Why did that stranger at the till give me the cigarettes? Because I gave him ten bucks.

Intrinsic efficacy, in other words, is a useful heuristic, a way to solve problems belonging to a certain ecology. No one needs to know how money works to know that money does work. Even though money only possesses power as a component of a far larger system, we can solve a number of problems within that system simply assuming that money possesses that power intrinsically.

Out of sight, out of mind. This is why financial crises regularly shock the assumptions of so many. Heuristic cognition is largely an unconscious, habitual affair: everyone assumes the stranger is going to run the same routines for the same gold. Instabilities in the system make plain the complex, differential nature of the properties assumed intrinsic. Though the notion of intrinsic value would die a hard death in economic theory more generally, the differential nature of ‘fiat money’ is apparent to anyone bearing currency that others refuse to recognize.

Some systems, however, never give us a heuristic reality check. Since we humans are embedded in a wide variety of systems that (until recently) we had no hope of understanding, yet filled with entities that required some kind of understanding, it makes sense to suppose that attributions of intrinsic efficacy provide humans with a general problem-solving strategy. As a cultural artifact, money is actually a good example of that generality, of the way intrinsic efficacy can be used to make sense of items in novel, yet otherwise occluded, systems.

Think about how many things, phenomenally speaking, just happen; we have no inkling whatsoever of the underwriting systems. By dint of what we are, we perpetually suffer the Inverse Problem, the problem of cognizing environmental systems given only the effects of those systems. Somehow our brain conjures a world from a thin stream of visual, auditory, olfactory, and haptic effects. This is why my daughter perpetually hounds me with origin questions: she’s trying to figure out what’s relational and what’s intrinsic, what’s part of the great Rube Goldberg machine and what stands alone. It’s almost as if she’s identifying all the little Big Bangs scattered across her environment, all points where effects, for all practical purposes, arise ab initio. 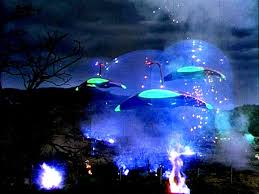 The Inverse Problem illustrates the extremity of our cognitive straits, and so explains the practical necessity of intrinsic efficacy. When consistently confronted by effects absent any cause—viz., a system that outruns our on-the-fly capacity to cognize—we assume such efficacy to be intrinsic to the entity occasioning it. Given the sheer ubiquity of such effects, then, we should expect attributions of intrinsic efficacy to be a ubiquitous feature of human cognition.

As indeed they are. Magical thinking, for instance, clearly involves the application of intrinsic efficacy, only to problem-ecologies it plainly cannot solve. A fetish understood in the anthropological sense provides what might seem a paradigmatic example, where occult powers are attributed to some object. In fact, the bulk of what science has labelled ‘superstition’ consists in the erroneous attribution of intrinsic efficacy to objects, actions, and events.

Of course, what makes magical thinking magical is the fact that the intrinsic efficacies posited simply do not exist. Where money does in fact mediate the functions attributed to it, fetishes do not. They may very well mediate ulterior functions—leveraging prestige, reinforcing social cohesion, and the like—but they do not do what the practitioners themselves suppose. A million dollars will buy you a house, but a fetish won’t make a rich relative sicken and die! Where systematic understanding demystifies money, clarifies the nature of the actual functions involved, it simply debunks fetishes.

All applications of intrinsic efficacy, in other words, are not equal. Some function in their domain of explicit application, while others do not. Since science has shown us that larger systems are always responsible, however, we should presume that all applications involve neglect of those systems. We should assume, in other words, that no such thing as intrinsic efficacy exists, and that if, for any reason, it seems that such a thing does (or worse yet, has to), it only does so for neglect.

And yet the vast majority of us continue to believe in it. Rules constrain. Representations reveal. Decisions resolve. Goals guide. Desires drive. Reasons clarify. According to some, the bloody apriori organizes the whole of bloody existence!

All these abstract or mental entities possess efficacies that we simply cannot square with our understanding of the various natural systems of which they should be part. We refer to these various loci of efficacy all the time; they help us predict, explain, and manipulate, given certain problem ecologies. Nevertheless, our every attempt to find them in nature has come up empty-handed.

In other words, they exhibit all the characteristics of what we’ve been referring to as intrinsic efficacy heuristics. As extreme as our cognitive straits are relative to our environments, they are even more so relative to ourselves. Given their complexity, brains simply cannot cognize brains in ‘plug and play’ terms. Intrinsic efficacies are not simply useful, they are mandatory when it comes to our intuitive understanding of ourselves and others. When our mechanic repairs our car, we have no access to his personal history, the way continual exposure to mechanical issues has honed his problem-solving capacities, and even less access to his evolutionary history, the way continual exposure to problematic environments has sculpted his biological problem-solving capacities. We have no access, in other words, to the vast systems of quite natural relata that make his repairs possible. So we call him ‘knowledgeable’ instead; we presume he possesses something—a fetish, in effect—possessing the efficacy explaining his almost miraculous ability to make your Ford Pinto run: a mass of true beliefs, representations, regarding automotive mechanics.

Since the point of the ‘representation fetish’ is to solve neglecting the systems actually responsible, our every attempt to explain representations in terms of these systems fails. Representation, like all intentional phenomena, is heuristic through and through. But for some reason, we simply cannot relinquish the notion that they have to be more. Even though intrinsic efficacy is obviously a ‘cognitive conceit’ everywhere else, the majority of cognitive science researchers insist on the reality of these particular loci, or at least the reality of some of them (because everybody thinks something has to be eliminated). The illusion—so easily overcome vis a vis money—remains the single most contentious issue confronting cognitive science today.

One reason is simply that the past never crashes. Where monetary systems possess limits and instabilities that regularly indicate the relational nature of money’s efficacy, individual and evolutionary history are fixed. The complex relationality of meaning, or ‘externalism,’ can only be demonstrated indirectly, via a number of different philosophical tactics. In lieu of crashing markets, Wittgenstein challenges us to source the efficacy of the rules governing our representations, showing how citing further rules simply defers the issue, and how no recollection of prior use can serve to warrant present uses, because any number of recollections can be made to accord with any given use. In lieu of crashing markets, Quine uses the problem of starting a meaning market from scratch, or ‘radical translation,’ to demonstrate how meanings are perpetual hostages of contexts. In lieu of crashing markets, Putnam poses a systematically attenuated world, a Twin Earth, demonstrating the relationality of meaning via the equivocity of meat. In lieu of crashing markets, Derrida devises a market crashing methodology, deconstruction, where the myth of the ‘transcendental signified’ is revealed through the incremental, interpretative deformation of meaning in texts. In lieu of crashing markets, Dennett provides an alternate evolutionary history of a meaning system, the ‘two bitser,’ showing how successively complicating a mere mechanism can generate the complicated behaviours we associate with meaning.

In each case, the theorist relies on some imaginative way of removing meaning from our present market to show its dependence on the greater system. But alternate worlds are not quite as convincing as actual ones, and the power of the ‘representational intuition’ seems to be commensurate with its local problem-solving power, so these arguments, as immanently decisive as they are, have failed to carry the field. Even worse, those they have convinced generally assume that representation alone is the problem, and thus that these arguments motivate some form of pragmatic normativism—which is to say, a different form of intrinsic efficacy! They miss the whole moral.

And this speaks to the second great difficulty obscuring the heuristic nature of meaning: the fact that it constitutes a component of a larger system of such heuristics. Representation begs reference begs truth begs rationality begs normativity, and so on. Overcoming one instance of intrinsic efficacy, therefore, simply results in becoming snarled in another, and the gain in understanding is minimal at best. One set of conundrums is exchanged for another, as we should expect. Since this heuristic system has remained invisible for the whole of human history, erroneous attributions of intrinsic efficacy characterize the sum of our traditional self-understanding, what Sellars famously called the ‘Manifest Image.’ Seeing this heuristic system for what it is, therefore, represents as radical a conceptual break with our past as one can imagine. And this radicality, accordingly, means that epistemic conservativism itself counts against the possibility of seeing intrinsic efficacy for what it is.

We find ourselves stranded with a variety of special purpose ‘meaning fetishes,’ floating efficacies that motivate and constrain our activities, bind us to our environments, solve our disputes, and so on. And like the well-dressed man in The War of the Worlds, we quite simply do not know how to go on.