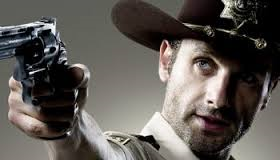 I say ‘zombie,’ of course, as much to keep the horror of the perspective in view as to underscore the naturalistic character of the explanations. What follows is a dry-run of sorts, an attempt to sketch what has brought about this extraordinary era of accelerating transformation. Keep in mind the ludicrous speculative altitudes involved, but also remember that all such attempts to theorize macrosocial phenomena suffer this liability. I don’t think it’s so important that the case be made as some alternative be proposed at this point. For one, the mere existence of such an account, the bare fact of its plausibility, requires the intentionalist account for the superiority of their approach, and this, as we shall see below, can have a transformative effect on cognitive ecologies.

In zombie terms, the Enlightenment, as we think we know it, had nothing to do with the ‘power of reason’ to ‘emancipate,’ to free us from the tyranny of Kant’s ‘tutelary natures.’ This is the Myth. Likewise, Nietzsche’s Gegenaufklarung had nothing to do with somehow emancipating us from the tyrannical consequences of this emancipation. The so-called Counter-Enlightenment, or ‘postmodernism’ as it has come to be called, was a completion, or a consummation, if you wish. The antagonism is merely a perspectival artifact. Postmodernism, if anything, represents the processes characteristic of the zombie Enlightenment colonizing and ultimately overcoming various specialized fields of cultural endeavour.

To understand this one needs to understand something crucial about human nature, namely, the way understanding, all understanding, is blind understanding. The eye cannot be seen. Olfaction has no smell, just as touch has no texture. To enable knowledge, in other words, is to stand outside the circuit of what is known. A great many thinkers have transformed this observation into something both extraordinary and occult, positing all manner of inexplicable things by way of explanation, everything from transparencies to transcendentals to trace structures. But the primary reason is almost painfully mundane: the seeing eye cannot be seen simply because it is mechanically indisposed.

Human beings suffer ‘cognitive indisposition’ or as I like to call it, medial neglect, a ‘brain blindness’ so profound as to escape them altogether, to convince them, at every stage of their ignorance, that they could see pretty much everything they needed to see.

Now according to the Myth, the hundred million odd souls populating Europe in the 18th century shuffled about in unconscious acquiescence to authority, each generation blindly repeating the chauvinisms of the generation prior. The Enlightenment institutionalized inquiry, the asking of questions, and the asking of questions, far from merely setting up ‘choice situations’ between assertions, makes cognitive incapacity explicit. The Enlightenment, in other words, institutionalized the erosion of traditional authority, thus ‘freeing’ individuals to pursue other possible answers. The great dividend of the Enlightenment was nothing less than autonomy, the personal, political, and material empowerment of the individual via knowledge. They were blind, but now they could see–or at least so they thought.

Postmodernism, on the other hand, arose out of the recognition that inquiry has no end, that the apparent rational verities of the Enlightenment were every bit as vulnerable to delegitimization (‘deconstruction’) as the verities of the tradition that it swept away. Enlightenment critique was universally applicable, every bit as toxic to successor as to traditional claims. Enlightenment reason, therefore, could not itself be the answer, a conviction that the increasingly profound technical rationalization of Western society only seemed to confirm. The cognitive autonomy promised by Kant and his contemporaries had proven too radical, missing the masses altogether, and stranding intellectuals in the humanities, at least, with relativistic guesses. The Enlightenment deconstruction of religious narrative—the ‘death of God’—was at once the deconstruction of all absolute narratives, all foundations. Autonomy had collapsed into anomie.

This is the Myth of the Enlightenment, at least in cartoon thumbnail.

But if we set aside our traditional fetish for ‘reason’ and think of post-Medieval European society as a kind of information processing system, a zombie society, the story actually looks quite different. Far from the death of authority and the concomitant birth of a frightening, ‘postmodern autonomy,’ the ‘death of God’ becomes the death of supervision. Supervised learning, of course, refers to one of the dominant learning paradigms in artificial neural networks, one where training converges on known targets, as opposed to unsupervised learning, where training converges on unknown targets. So long as supervised cognitive ecologies monopolized European society, European thinkers were bound to run afoul the ‘only-game-in-town effect,’ the tendency to assume claims true for the simple want of alternatives. There were gains in cognitive efficiency, certainly, but they arose adventitiously, and had to brave selection in generally unforgiving social ecologies. Pockets of unsupervised learning appear in every supervised society, in fact, but in the European case, the economic and military largesse provided by these isolated pockets assured they would be reproduced across the continent. The process was gradual, of course. What we call the ‘Enlightenment’ doesn’t so much designate the process as the point when the only-game-in-town effect could no longer be sustained among the learned classes. In all corners of society, supervised optima found themselves competing more and more with unsupervised optima—and losing. What Kant and his contemporaries called ‘Enlightenment’ simply made explicit an ecology that European society had been incubating for centuries, one that rendered cognitive processes responsive to feedback via empirical and communicative selection.

On an information processing view, in other words, the European Enlightenment did not so much free up individuals as cognitive capacity. Once again, we need to appreciate the zombie nature of this view, how it elides ethical dimensions. On this view, traditional chauvinisms represent maladaptive optima, old fixes that now generate more problems than they solve. Groups were not so much oppressed, on this account, as underutilized. What we are prone to call ‘moral progress’ in folk political terms amounts to the optimization of collective neurocomputational resources. These problematic ethical and political consequences, of course, have no bearing on the accuracy of the view. Any cultural criticism that makes ideological orthodoxy a condition of theoretical veracity is nothing more than apologia in the worst sense, self-serving rationalization. In fact, since naturalistic theories are notorious for the ways they problematize our moral preconceptions, you might even say this kind of problematization is precisely what we should expect. Pursuing hard questions can only be tendentious if you cannot countenance hard answers.

The transition from a supervised to an unsupervised learning ecology was at once a transition from a slow selecting to a rapid selecting ecology. One of the great strengths of unsupervised learning, it turns out, is blind source separation, something your brain wonderfully illustrates for you every time you experience the famed ‘cocktail party effect.’ Artificial unsupervised learning algorithms, of course, allow for the causal sourcing of signals in a wide variety of scientific contexts. Causal sourcing, of course, amounts to identifying causes, which is to say, mechanical cognition, which in turn amounts to behavioural efficacy, the ability to remake environments. So far as behavioural efficacy cues selection, then, we suddenly find ourselves with a social ecology (‘science’) dedicated to the accumulation of ever more efficacies—ever more power over themselves and their environments.

Power begets power; efficiency, efficiency. Human ecologies were not only transformed, they were transformed in ways that facilitated transformation. Each new optimization selected and incorporated generated ecological changes, social or otherwise, changes bearing on the efficiency of previous optimizations. And so the shadow of maladaptation, or obsolescence, fell across all existing adaptations, be they behavioural or technological.

The inevitability of maladaptation, of course, merely expresses the contingency of ecology, the fact that all ecologies change over time. In ancestral (slow selecting) ecologies, the information required to cognize this process was scarce to nonexistent: the only game in town effect—the assumption of sufficiency in the absence of alternatives—was all but inevitable. Given the way cognitive invariance cues cognitive stability, the fact that we can trust our inheritance, the spectre of accelerating obsolescence could only represent a threat.

“Expect the unexpected,” a refrain that only modernity could abide, wonderfully recapitulates, I think, the inevitability of postmodernism. Cognitive instability became the only cognitive stability, the only humanistic ‘principle’ remaining. And thus the great (perhaps even perverse) irony of philosophical modernity: the search for stability in difference, and the development, across the humanities, of social behaviours (aesthetic or theoretical) bent on making obsolete.

Rather than wait for obsolescence to arise out ecological transformation, many began forcing the issue, isolating instances of the only game in town effect in various domains of aesthetic and theoretical behaviour, and adducing alternatives in an attempt to communicate their obsolescence. Supervised or ‘traditional’ ecologies readily broke down. Unsupervised learning ecologies, quickly became synonymous with cognitive stability—and more attractive for it. The scientific fetish for innovation found itself replicated in humanistic guise. Despite the artificial nature of this process, the lack of any alternative account of semantic instability gave rise to a new series of only game in town effects. What had begun as an unsupervised exploration of solution spaces, quickly lapsed into another supervised ecology. Avante garde and post-structuralist zombies adapted to exploit microsocial ecologies they themselves had fashioned.

The so-called ‘critique of Enlightenment reason,’ whether implicit in aesthetic behaviour or explicit in theoretical behaviour, demonstrates the profundity of medial neglect, the blindness of zombie components to the greater machinery compelling them. The Gegenaufklarung merely followed through on the actual processes of ‘ratcheting ecological innovation’ responsible, undermining, as it did, the myths that had been attached to those processes in lieu of actual understanding. In communicating the performative dimension of ‘reason’ and the irrationality of Enlightenment rationality, postmodernism cleared a certain space for post-intentional thinking, but little more. Otherwise it is best viewed as an inadvertent consummation of a logic it can only facilitate and never ‘deconstruct.’

Our fetish for knowledge and innovation remain. We have been trained to embrace an entirely unknown eventuality, and that training has been supervised.

59 Comments to “The Zombie Enlightenment”