AI and the Coming Cognitive Ecological Collapse: A Reply to David Krakauer 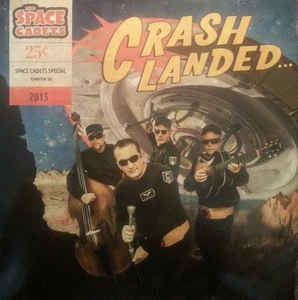 Thanks to Dirk and his tireless linking generosity, I caught “Will AI Harm Us?” in Nautilus by David Krakauer, the President of the Santa Fe Institute, on the potential dangers posed by AI on this side of the Singularity. According to Krakauer, the problem lies in the fact that AI’s are competitive as opposed to complementary cognitive artifacts of the kind we have enjoyed until now. Complementary cognitive artifacts, devices such as everything from mnemonics to astrolabes to mathematical notations, allow us to pull up the cognitive ladder behind us in some way—to somehow do without the tool. “In almost every use of an ancient cognitive artifact,” he writes, “after repeated practice and training, the artifact itself could be set aside and its mental simulacrum deployed in its place.”

Competitive cognitive artifacts, however, things like calculators, GPS’s, and pretty much anything AI-ish, don’t let us kick away the ladder. We lose the artifact, and we lose the ability. As Krakauer writes:

For this invention will produce forgetfulness in the minds of those who learn to use it, because they will not practice their memory. Their trust in writing, produced by external characters which are no part of themselves, will discourage the use of their own memory within them. You have invented an elixir not of memory, but of reminding; and you offer your pupils the appearance of wisdom, not true wisdom, for they will read many things without instruction and will therefore seem to know many things, when they are for the most part ignorant and hard to get along with, since they are not wise, but only appear wise.

The problem with writing is that it is competitive precisely in Krakauer’s sense: it’s a ladder we cannot kick away. What Plato could not foresee, of course, was the way writing would fundamentally transform human cognitive ecology. He was a relic of the preliterate age, just as Krakauer (like us) is a relic of the pre-AI age. The problem for Krakauer, then, is that the distinction between complementary and competitive cognitive artifacts—the difference between things like mnemonics and things like writing—possesses no reliable evaluative force. All tools involve trade-offs. Since Krakauer has no way of knowing how AI will transform our cognitive ecology he has no way of evaluating the kinds of trade-offs they will force upon us.

This is the problem with all ‘excess dependency arguments’ against technology, I think: they have no convincing way of assessing the kind of cognitive ecology that will result, aside from the fact that it involves dependencies. No one likes dependencies, ergo…

But I like to think I’ve figured the naturalistic riddle of cognition out,* and as a result I think I can make a pretty compelling case why we should nevertheless accept that AI poses a very grave threat this side of the Singularity. The problem, in a nut shell, is that we are shallow information consumers, evolved to generate as much gene-promoting behaviour out of as little environmental information as possible. Human cognition relies on simple cues to draw very complex conclusions simply because it could always rely on adaptive correlations between those cues and the systems requiring solution: it could always depend on what might be called cognitive ecological stability.

Since our growing cognitive dependency on our technology always involves trade-offs, it should remain an important concern (as it clearly seems to be, given the endless stream of works devoted to the downside of this or that technology in this or that context). The dependency we really need to worry about, however, is our cognitive biological dependency on ancestral environmental correlations, simply because we have good reason to believe those cognitive ecologies will very soon cease to exist. Human cognition is thoroughly heuristic, which is to say, thoroughly dependent on cues reliably correlated to whatever environmental system requires solution. AI constitutes a particular threat because no form of human cognition is more heuristic, more cue dependent, than social cognition. Humans are very easily duped into anthropomorphizing given the barest cues, let alone processes possessing AI. It pays to remember the simplicity of the bots Ashley Madison used to gull male subscribers into thinking they were getting female nibbles.

19 Comments to “AI and the Coming Cognitive Ecological Collapse: A Reply to David Krakauer”